The 21st-23rd September 2016 was held at National Research Council the 2° edition of the European Symposium on Surface Science, the official biannual congress of EMASST association.

The world of the material surfaces is playing a prominent role in the scientific and industrial fields thanks to the nanotechnology and nanomaterials, in fact they are already revolutionizing our lives.
It is necessary to deepen the knowledge of surface interface and adhesive properties of these materials because their surface/volume ratio is vastly greater than that of conventional materials. As a result, at this time the researchers can develop innovative properties such as functional and extremes that have practical implications in daily life.
For example in the field of biomedical implants, modifying surfaces at the nanoscale, better biological compatibility and an integration of the implant in the organic tissue is obtained than the actual implants. In aviation, modifying the properties of the surface wings at the nanometer level can overcome the problem of the ice nucleation and growth, increasing the safety of the flights.
In everyday life, the new research discoveries on material surfaces begin to be evident as the surfaces self-cleaning,  water-repellent, oleophobic for domestic use, clothing, etc…

At the end of the Symposium, the Steering Committee handed the EMASST AWARD on Surface Science for the best scientific work in terms of originality and industrial application to Dr Nadja Felde, young researcher of the Fraunhofer IOF.  Her work entitled "Advanced Roughness Analysis of Functional Nanostructures for Optical Applications" describes a new method and analysis procedure to determine rapidly surface roughness at micro and nanoscale of functional surfaces which have new and advanced properties (self-cleaning, anti-fogging, anti-icing, oleophobic).

Link of the event on websites of other institutions: 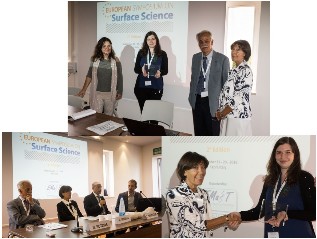 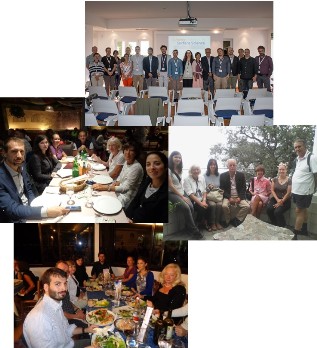